More than 300 Wythenshawe residents have found jobs or gone onto training courses since the launch of a help scheme, which is the first of its kind in the country.

The unique Real Opportunities project in Wythenshawe was launched in October 2011, ahead of national changes to the welfare system, so that it could help residents develop or update workplace skills.

The idea of the scheme is that any person in a public sector role, from a policeman to a health worker, can refer a resident in the course of their duties by filling in a form to help them find work.

Public sector agencies including Manchester City Council, Willow Park Housing Trust, Parkway Green Housing Trust, Greater Manchester Police, Your Housing Group, Jobcentre Plus and the NHS – have been given the power to fill in the form referring people to a team in charge of finding training or jobs. In total, 305 front-line staff across Wythenshawe have had Real Opportunities coaching so that they can completer referrals with confidence.

The completed forms are then sent in confidence to the Wythenshawe Regeneration Team at Manchester City Council – who will help with making a face-to-face appointment with a careers professional within 10 days.

From there, people will be offered training including courses on computer skills, literacy and CV workshops and interview techniques. Candidates are also notified about potential jobs and given support pre and post interview.

Since the launch of the scheme 197 Wythenshawe residents got a job and 135 were given training. In total 805 people were referred into the scheme.

Councillor Sue Murphy, deputy leader of Manchester City Council, said: "People getting jobs is the best possible start to the new year. Ultimately this scheme is all about the key organisations in Wythenshawe joining forces in an unprecedented, proactive move to help residents gain or update skills and are in a position to apply for work."

Case study: How Kevin has gone from unemployment to working towards his dream job in social work

Kevin Currid, aged 45 from Newall Green is now on a 15-month apprenticeship thanks to Real Opportunities and is hoping to eventually become a social worker.

Kevin, who moved to Wythenshawe from Dublin just over a year ago, had become increasingly demoralised after being turned down for job after job since moving from Ireland. He was referred into the Real Opportunities system, where his luck finally started to change. He was told about seasonal work at Manchester United – and he got temporary bar work at the grounds.

"The relief was overwhelming, to finally get a job," he says. "I'd started to lose my confidence and facing rejection after rejection after hundreds of applications was so hard. The bar work put me in a better place because it's easier to find work when you are already in a job."

After a careers interview with a Real Opportunities advisor, Kevin was able to talk about his previous work experience in Ireland, which had included working in a hospital orthotics department. From there he was told about Get Hired – a jobs and training fair at Wythenshawe Forum where there would be work and training opportunities.

Kevin went to the event and received a letter from his Real Opportunities adviser to tell him that he'd been accepted onto a 15-month training placement which includes studying for a level 2 NVQ in health and social care. The scheme, which is called the Single Ticket programme, is run through Manchester College, and includes paid placements in four different health and social care settings.

"I'm over the moon," says Kevin. "I'm now on the way to a whole new career, which uses skills from my previous work in Ireland. I can't explain the elation from going from feeling like I had nothing to feeling like I had a role to play in life."

Kevin is currently on a three-month placement at the Minehead Resource Centre, which is a community centre for the over 55s in Withington, south Manchester. Kevin has been working alongside Manchester City

"The placement has really opened my eyes to what it's like to be elderly," he says. "It's even made me think that I'd like to train in social work for the elderly. The staff at the Minehead are very good and really know how to build a rapport with the residents, who all have a great story to tell."

As the course progresses Kevin will do placements at an NHS hospital, a housing trust, a children's setting and also a two-week stint with Greater Manchester Police in the safeguarding unit.

"We even had a visit at college from Greater Manchester's Police and Crime Commissioner Tony Lloyd, who talked to us about how the police work with health care professionals," said Kevin.

Ultimately Kevin hopes to apply to Salford University for a place on a social work degree, but he's adamant that his loyalties won't take him far from Wythenshawe.

"Getting accepted on this apprenticeship is the best thing that's ever happened to me," he says. "It's very strict and you have to keep on top of all the work – but that's a good thing because it's giving you all the right skills for the workplace. At the end of the 15 months I'll have a really broad spectrum of experience a qualification and the ambition to get myself onto the social work degree at Salford University.

"The Real Opportunities system was swift and effective and let me take control of my life and future again. I feel so much better – I'm contributing and paying tax again and learning all the time. I'd love to be a social worker and I could really see myself as a qualified practitioner working in Wythenshawe. The town has been good to me and I'd like to put something back." 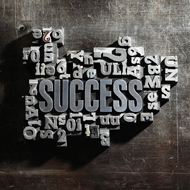