The money was raised from a variety of social events such as football cards, raffles and bingo sessions organised and led by the late Ralph Webb, Birch Tree Court tenant and community champion, who sadly passed away in October this year. 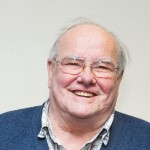 Ralph was a prolific fundraiser and had raised over £50,000 for charities over the past 20 years.  He was also the winner of Wythenshawe Community Housing Group’s Good Neighbour Award at their recent Community Awards.

His daughter Linda Franklin and granddaughter Stephanie officially handed over £1,000 to Matthew Jameson, Fundraising Manager for Macmillan.  £800 of this was raised by community events and £200 was donated at Ralph’s funeral.  They also presented £1,296 to Chris Swinton, Fundraising Officer from Francis House Children’s Hospice.

Linda said; “We are really pleased that we have been able to pass these donations on to Macmillan and Francis House on behalf of Dad.  In addition we have donated £275 worth of presents to the Key 103 Mission Christmas collection at Wythenshawe Community Housing Group in lieu of the Club’s Christmas party.  It is a great charity and this was also Dad’s favourite radio station.” 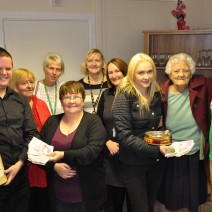