Wythenshawe Community Housing Group (WCHG) working in partnership with the Manchester United Foundation, Better Things and Zurich Community Trust are thrilled to be supporting a new feature film to highlight the untapped talent of people with learning disabilities who star in this unique drama-comedy called ‘Charlie’s Plan’.

The film will be premiered at a celebrity launch at Manchester United’s Old Trafford Football Stadium on Wednesday, 25th March 2015.

Shot on location in Wythenshawe, Manchester and Greece, the film tells the fictional story of ‘Charlie’ and his fellow students who get together to produce a film called ‘Shipwrecked’. Charlie Gooding plays both the role of Charlie and his twin brother Archie, who together with their Art Class students, band together in the face of dis-interested and cash-strapped staff to show that they have a ‘voice’ and will be heard.

The film has been created, produced and directed by John McCormack, the writer of Cannes Film Festival premiered feature films such as ‘Derek’ and ‘Daddy Fox’ which were broadcast on Sky TV.

‘Charlie’s Plan’ features well-known professional actors, such as John Henshaw, Stephanie Bishop (stars of ‘Looking for Eric’), Robert Maxfield and also John McCormack himself, but it is unique in that the main characters are played by people with learning disabilities.  It was shot during a 5-month period in the summer of 2014 and is now ready to be seen.

John Gurd Chair of ‘Better Things’ said “All our projects aim to promote equality and inclusion, to give people opportunity to take part and learn new skills.

‘Charlie’s Plan’ is a specific piece of work that has been worked on and developed as part of the ‘Better Things’ Skills Academy Project. The project evolved from a pilot where people with learning disabilities who attended discovered interests in filming, sound work, scriptwriting and presenting in addition to acting.

The Skills Academy Project was established to enable people to learn and develop those skills”.

Explaining how this film came to be made, John McCormack, Head of the ‘Better Things’ Skills Academy Project said; “I wanted to give people with learning disabilities a ‘voice’ and for them to be seen in a way that they have not been seen before.”

The film has been made without scripts and is totally improvised; John says that style of working has “created superb natural performances and some outstanding comedy moments that will lift the audience’s spirts.  We are all delighted with the end result.”

Steve Hoy, Health Project Coordinator for the Manchester United Foundation, works closely with Wythenshawe Community Housing Group and ‘Better Things’ said, “Manchester United Foundation works in some of the most disadvantaged areas across Greater Manchester and uses the passion for Manchester United to educate, motivate and inspire young people, so when I heard about this project, I was only too happy to get involved and provide the venue for the premiere of the film, which we hope will be a great success for all concerned, and especially for the budding talents of these new actors 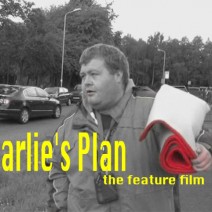