Wythenshawe Community Housing Group expresses its great sadness at the passing away of MP Paul Goggins.

Our thoughts and deep condolences go out first and foremost to his wife Wyn, and his children, Matthew, Theresa and Dominic.

Chair of the Board at Wythenshawe Community Housing Group Eddy Newman said  "We are hugely shocked and saddened to receive the news of Paul's passing away. Paul Goggins was a friend, a valued colleague.  Paul was determined to do his best for the people he represented, particularly vulnerable people. He was known as a campaigner against poverty. He continued that campaign against poverty and unfairness throughout his time in parliament. He was a real champion for Wythenshawe and Sale east and provided specific support to the improvement of housing conditions for his constituents."

Group Chief Executive Nigel Wilson said "Paul was a strong advocate and friend of Willow Park and Parkway Green and helped in supporting our new Group. He was proud of Wythenshawe and its community, providing support whenever he could in both Westminster and locally", we will all miss his honesty and valuable insight, Wythenshawe has lost a key friend today. 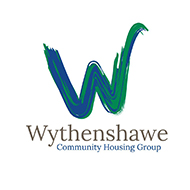