After much anticipation the New Injunction became live on 23rd March 2015.  This Order replaces the Anti-Social Behaviour Order (ASBO) and the previous Anti-social Behaviour Injunction. (ASBI)

The new Injunction can be used for anyone over the age of 10 years old (as the previous ASBO could) and can include, exclusion zones, positive requirements like attending drug or alcohol programmes, prohibitions such as not to approach a particular person and in the case of Minors a supervision Order can be imposed.

If an adult breaches their injunction the court can impose further sanctions like imposing a fine, or seizing assets as well as imposing a prison sentence of up to 2 years.

Within 2 days of the New Injunction being introduced we received a complaint from one of our tenants that he had been assaulted by another tenant while he was on his way to collect his young children from school.  Statements were taken and prepared for an ex-parte (without Notice) Injunction and on 26th March 2015 the first Injunction was granted at Manchester Civil Courts of Justice. It was the first Injunction for our Solicitors and also for the district Judge who heard the case.

The Injunction was personally served on the perpetrator by Nuisance Officers on 27th March 2015 and the perpetrator will have his opportunity to address the court on 13th April 2015. 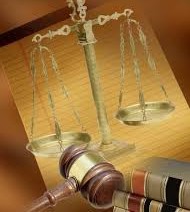