The Real Food Team from Wythenshawe Community Housing Group will be hosting a free BIG BREAKFAST and a Food Debate on Thursday and Friday, 16th and 17th October in Wythenshawe Civic Centre as part of World Food Day and Greater Manchester’s week of action to highlight Food Poverty.

Evidence from The Greater Manchester Poverty Commission report in January 2013 suggests that there are 600,000 residents in Greater Manchester who live in extreme poverty. There are concerns that without proactive support nearly 1.6 million people could slide into further poverty.

The Real Food Team will be hosting their Big Breakfast in a marquee in the Civic Centre between 10am and 12 noon on both Thursday and Friday to highlight that ‘one in seven children go to school hungry’.

If you would like to take part in the Big Food debate, the Real Food Team will be hosting this between 2pm and 4pm on Thursday 16th October.  So – food for thought - come and enjoy a breakfast on us and then fill in a questionnaire and take part in debate on this important topic that affects so many people today. 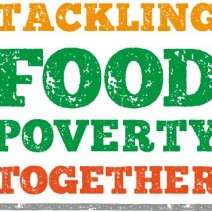