Come and see the Real Food Wythenshawe team at the Allotment of the Future in St Ann’s Square as part of Manchester European City of Science 2016 this week; ( 22nd until 29th July)

They will be showcasing some unusual plants that they have grown such as Egg and Chip plants, Radish Rats Tails and Strawberry Sticks.

The team will also be at RHS Tatton on Sunday 24th July, demonstrating some tasty recipes at the Showcase Theatre from 1-3pm.

Next week, they will be taking part in the Wythenshawe Games in Wythenshawe Park from the 27th to the 31st July. 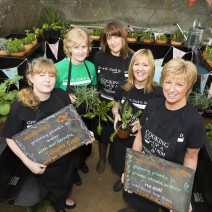