Wythenshawe Community Housing Group supports the ‘Homes for Britain’ campaign which has brought together all those who believe everyone has a right to a decent affordable home to call their own.

Tenants and colleagues from Wythenshawe, travelled to London to take part in the rally on Tuesday 17th March at Westminster, which called for all political parties to commit 'to end the housing crisis within a generation' and saw housing organisations join forces from every corner of the housing world to unite on this issue.

The Guardian - Homes for Britain rally: thousands of activists converge on Westminster 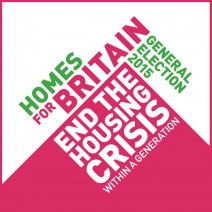