Wythenshawe Community Housing Group (WCHG) celebrates its 2nd birthday today reflecting on the difference it has already made in Wythenshawe since it formed in 2013.

WCHG is the largest community landlord in Manchester, providing over 14,000 homes to more than 20,000 people in South Manchester.

Group Chief Executive, Nigel Wilson said, “The last 2 years have seen significant growth and development by the new Group.  We have managed a balance of change and service improvements to the benefit of the communities in Wythenshawe. Investing our significant efficiencies in the provision of much needed new homes and services.”

Since the Group formed it has:

Chair of the WCHG board, Eddy Newman added: “Since the Group was established in April 2013, WCHG has built on the strengths of both Willow Park and Parkway Green to forge a new dynamic ‘one service’ approach that has consolidated and enhanced services, increased investment and created efficiencies for both tenants and the wider Wythenshawe Community.” 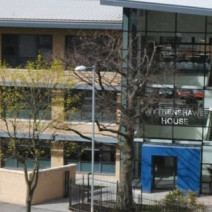