Wythenshawe Community Housing Group has shown their support for a new local Wythenshawe football team in their debut season.

The money from WCHG went towards starting costs for the team which included registration fees, Player Insurance, kit and equipment.

Wythenshawe Athletic had a difficult start to the season but managed to put together a run of 10wins in 13 games including a record win of 18-0 vs Tameside Wolves. They also managed to get to the 2nd round of the Rosebowl Trophy and the Quarter Finals of Division 3 league Cup

Player/Manager Sam Middleton said, “A massive thank you to WCHG for sponsoring us and giving us the opportunity to make Wythenshawe proud. Well done to all who got involved with the club throughout our first season, whether directly or indirectly, short term or long term, as a one-off or throughout the entire season – You have all made our debut season a resounding success.”

Wythenshawe Community Housing Groups, Group Chief Executive Nigel Wilson said, “Football is an important part of our community in Wythenshawe and we are proud to play a part and show our support in this new club’s journey. I would like to congratulate them on their first season and wish them the best of luck for next year”.

The team held a number of awards at the end of the season and the winners were; 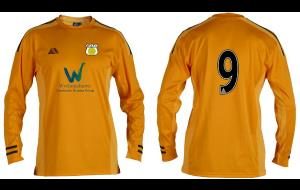 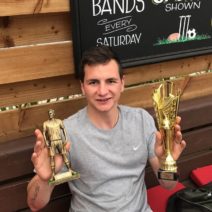