You are here: Home > News > Latest News > WCHG proud to scoop the ‘Apprenticeship Employer of the Year award’
14 March 2016

The award winners are taking part in a ‘pass the torch’ campaign, which symbolises the passing of knowledge from one generation to the next. The Olympic-style torch was designed and manufactured by apprentices at the Skills Company’s Greater Manchester SkillCentre in Trafford Park, and is part of a national campaign launched by Prime Minister David Cameron at the National Apprenticeship Awards in January.

Wythenshawe Community Housing Group (WCHG) is proud to be carrying the torch for apprenticeships after scooping the ‘Apprenticeship Employer of the Year award’. WCHG recruits a number of construction apprentices each year in various trade areas, for local young people from the Wythenshawe community, supporting the Groups vision ‘to create a community where people choose to live and work’.

WCHG’s young Apprenticeship programme offers the opportunity to learn and gain the skills to enter employment and to raise the aspirations of local young people. We provide young recruits the springboard into a career within their chosen trade area, whether that be with WCHG or the wider construction sector.

WCHG’s Group Chief Executive, Nigel Wilson said “The Award is a great recognition for the Groups commitment to providing meaningful opportunities for local young people, the apprenticeships have provided over many years a great inspiration for young people and for colleagues who mentor the apprentices on a daily basis. We are extremely proud to be recognised for this work”.

The Apprentice of the Year award has gone to 22 year old Lisa Grimes who works at Creative Support in Manchester city centre, a provider of social care services for people with learning disabilities, mental health and other needs. Lisa began her journey at the age of 17 when she joined a pre-apprenticeship programme at the Skills Company, where she gained her AAT Level 2 in Accounting, before starting her apprenticeship at Creative Support.

The Pre-Apprentice of the Year award was won by Luke Pollitt, Luke attended East Manchester Academy where he was diagnosed with ADHD and dyslexia. Throughout his time at school, Luke received individual support and assistance with his studies, but left school at 16 with an F in his maths and English. Luke started to attend the Skills Company’s North Manchester training centre in August 2015 and embarked on a study programme that involved maths, English, employability and a placement.

Jayne Worthington, Managing Director of the Skills Company said:“National Apprenticeship Week is all about celebrating the impact that apprenticeships have on individuals, businesses and the wider economy, and our ‘pass the torch’ campaign aims to spread the word about how apprenticeships can change lives and improve communities. The winners of these three awards exemplify all that is best about apprenticeships. From Luke, who has made such fantastic progress in his pre-apprenticeship programme to Lisa who has excelled in her professional studies, to WCHG who have shown such a desire to make a positive impact in their community, they are all extremely worthy winners.” 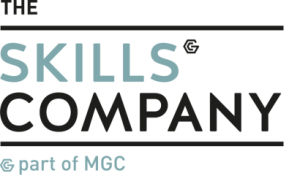 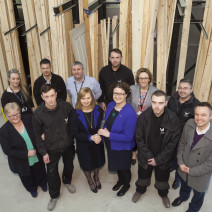