Wythenshawe Community Housing Group (WCHG) has been named as a leader in people management practice globally, having been shortlisted in two categories for Gold Employer of the Year and Excellence in Reward and Recognition in the second annual Investors in People Awards.

The Awards, which received over 400 entries internationally, celebrates the best people management practices amongst Investors in People accredited businesses. Winners are announced at a spectacular awards ceremony and dinner at Her Majesty's Royal Palace and Fortress, the Tower of London, on 24th June 2015. Finalists represent the best of the best worldwide.

Wythenshawe Community Housing Group was shortlisted for its particular achievements around a high performing and engaging ‘Reward and Recognition’ Scheme for employees and the winning ingredients for a Gold Employer having effectively embedded processes, a can do culture and world class people management.

Eddy Newman Chair of Wythenshawe Community Housing Group said “I want to congratulate our managers and staff whose hard work and commitment has resulted in this recognition."

Nigel Wilson Group Chief Executive said “It is a privilege to be shortlisted for this award; a clear indication of the dedication and hard work the team has invested in our people.  We will continue to build on the successes and strengths of the organisation offering world class services”.

Paul Devoy, Head of Investors in People, said: “Once again we have been overwhelmed by the number and calibre of entries received for the Investors in People Awards. It’s fantastic to see so many organisations nominated for outperforming in their sector, demonstrating great people management practice and a commitment to staff development.”

Investors in People is the leading accreditation for business improvement through people management, and provides a wealth of resources for businesses to innovate, improve and grow, with a focus on good people making great business. 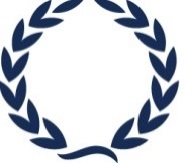