A partnership between Wythenshawe Community Housing Group (WCHG) and Metrolink RATP Dev Limited (MRDL) led to 16 jobs with the company when the Airport Line launched in November 2014.

Metrolink RATP Dev Limited (MRDL), operate the network on behalf of Transport for Greater Manchester (TFGM) and approached WCHG to utilise the Talent Pool recruitment service, a joint initiative between Job Centre Plus and Manchester City Council, where local people from the Wythenshawe area are invited to apply for the roles.

The programme was a huge success and saw interest from more than 250 people with 75 people invited to interview for the 16 positions available.

For more information about employment opportunities and the Talent Pool service in Wythenshawe please contact Stephanie Quinn at realopportunities@wchg.org.uk . 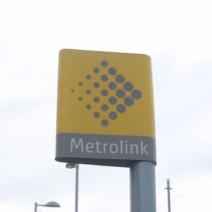